How ASO Strategy Differs Between iOS and Google Play

When Apple first launched the App Store back in 2008, it changed the way that users spend their time on mobile devices. Now that there are phones, tablets, and more all readily available, we spend our time either trying to kill the next boss on a game, shopping for the latest gadgets, or checking out social media – all on mobile apps. In 2017, adult users were on their mobile devices nearly 86 hours a month, and roughly 90% of that time was spent on mobile apps.

Because users have reached the pinnacle point of wanting instant gratification, it has created the saying, “There’s an app for that.” Certainly, there is an app for nearly everything one can think of, which has created a booming app ecosystem across both iOS and Android. Due to such overflow, app developers are constantly faced with pressure to make sure that their app is performing well and visible to users.

They need to ensure that their app is being found before their competitors’, and the only way to do that is by leveraging App Store Optimization (ASO). While taking the time to create a successful strategy will benefit developers in the long-run, developers need to understand that they can’t use the same tactics across both app store platforms. Instead, they need to understand what goes into an ASO strategy for iOS and Google Play separately.

It is advised that developers take the time to evaluate their app before starting the ASO process. This means first taking a look at the particular store they’ve deployed their app on, understanding how they currently rank for keywords, and then analyzing their competition.

Developers should also understand that Apple and Google both index apps differently. Each company keeps their ranking algorithms a secret, but developers can glean a good amount of information to get the ball rolling.

If developers know anything about SEO, it will help them better understand how the Google Play Store indexes apps. Their algorithm crawls the app’s metadata and ranks apps for relevant terms. Understanding just this point already gives developers so much information on starting the process, especially when it comes to determining their app name and choosing keywords.

Breaking Down an ASO Strategy

Not only does the app name tell users the brand, it also carries weight in terms of indexation and conversion. Developers, regardless of which store their app is deployed on, should start with the app name first. It will help them understand what keywords they want to target and incorporate their app’s most important feature as a title tag.

However, they’ll need to pay attention to the maximum number of allotted characters. Google Play only allows 50 characters while Apple reduced it to 30 characters with the release of iOS 11. Despite limiting the number of characters, Apple also includes a text field called the subtitle (30 characters), which is a smaller description that is indexed for keywords, similar to the title.

When users look for apps, they tend to search in 2-3-word phrases. Developers need to be sure that they carefully choose keywords that are relevant and unique to their audience.

By including these terms in their app’s metadata, developers will increase their chances of ranking, thus putting it in front of eager users that are ready to download.

Both Apple and Google have a description field, but they also have smaller text fields that are displayed on the product page. 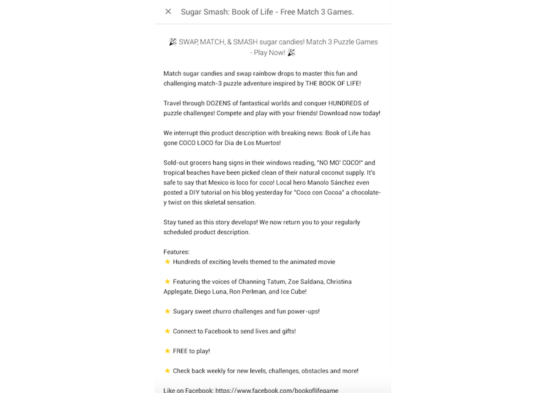 Apple: Similar to the short description, Apple has the promotional text field (170 characters) that is displayed at the top of the description but doesn’t take up any of the allotted 4,000 characters. 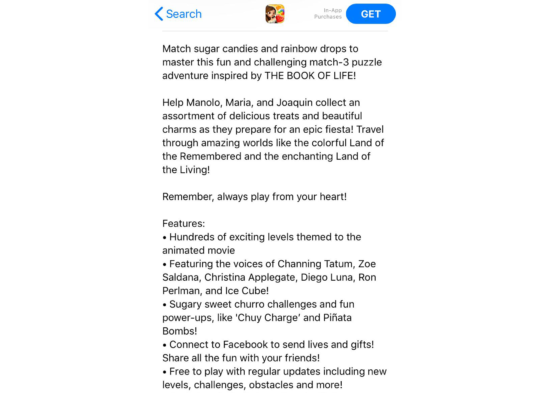 Developers should note that the description, whether for iOS or Google Play, is considered a selling point to entice users. They shouldn’t try to boast about why the app is fabulous, but instead take the time to explain how the audience will benefit from using the app. The app’s core features need to be naturally emphasized with relevant keywords, and the description should include shorter, easy-to-read sentences and paragraphs.

Users want to physically see the interface of an app before they download it- The icon, screenshots, and preview video need to be visually appealing and highlight what can be done on the app.

Apple and Google both allow an icon, screenshots and preview video, but the number for each piece is different on the respective store. 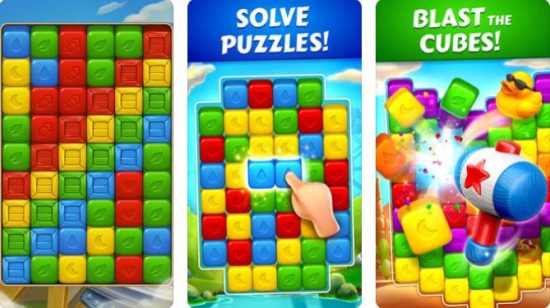 Developers can utilize ASO best practices for the icon, screenshots, and the preview video that will help optimize the creative assets for both the App Store and Google Play Store. However, they should be wary of guidelines for specific creatives such as the preview video, especially for Apple. Developers will have to make sure that they adhere to strict guidelines to avoid rejection.

Due to the overwhelming number of apps that are readily available on the app stores, developers need to work on improving their app’s visibility and keyword ranking. They must take the time to sit down and monitor user trends and behavior, the app market they’re diving into, and their competition to create a successful ASO strategy.

Developers shouldn’t be afraid to adjust their strategy for the Apple App Store and Google Play Store, but instead should embrace the change. If there are app developers that haven’t taken advantage of ASO to make their app more discoverable, they’ll come around when their app is ranked last for targeted keywords.

Dave Bell is the Co-Founder and Chief Executive Officer of Gummicube. In this role, Dave is responsible for overseeing the business strategy for the company, driving growth and market development. Dave is a pioneer of the mobile entertainment industry with more than 15 years of experience publishing, marketing and distributing mobile applications and games across carrier, direct to consumer and app store channels.